Take a look for yourself…

The final battle of G Gundam includes numerous cameo appearances by prominent mobile suits from previous Gundam series such as the original Mobile Suit Gundam, Zeta Gundam, Gundam 0083, Gundam F91, Victory Gundam version 2 and the manga Crossbone Gundam. In addition, this battle also featured appearances by Gundam Wing’s XXXG-01W Wing Gundam (the first on-screen appearance of the Wing Gundam, as Gundam Wing did not actually air until after G Gundam was completed) and the title robots of Daitarn 3 and Zambot 3. In addition a mobile suit of striking resemblence to Gundam Deathsythe Hell (from the tv series) makes an apperance in episode introducing bolt Gundam in the underground facility. None of these machines played any significant role in the battle, and were likely included as an inside joke to long-time fans of Gundam.

There where allot of Cameos, as Exia posted.

Bonus points though for getting a still with Wing AND Mermaid Gundam!

wing gundam…probably he will help the gundam in gundam G…

Now that I have read that the Deathscythe Hell is shown in G Gundam , I’d like to obtain a caption proving me that this is actually true .

And I’ve always known that G Gundam was supposed to become a troll ever since I watched it . Unfortunately , I had only watched G Gundam so I could not have possibly agnized the other Gundams .

In the last 2 episodes, when the Devil Colony Gundam makes its appearance, all the colony nations launch their Gundams to stop it. Among those in the battle are several suits from the shows prior to G-Gundam, including: the RX-78-2 Gundam from Mobile Suit Gundam, the GP-01 and GP-02 from Gundam 0083, the F91 Gundam from Gundam F91, the Victory 2 Gundam from V Gundam, and the Wing Gundam and Tallgeese from Gundam Wing, which was in production while G-Gundam was airing on Japanese TV. The Crossbone Gundam X-1 from the Crossbone Gundam manga is also present. Also appearing are the titular machines from three of Gundam creator Yoshiyuki Tomino’s other anime: Zambot 3, Daitarn 3, and L-Gaim Mark II. Show Zama & Marvel Frozen of Aura Battler Dunbine appear in the Neo Japan Colony as well.

And that is the source :

Yeah there where a load of suits cameo’d in G for the final fight. Actually Wing’s first on TV appearance was in G. (Wing was still in production while G was airing and finishing up)

I don’t know why, but I love that gundam! It’s not my favorite by any means, but I’d love to pilot it.

I love allot of the stereo typical and funny designs of G Gundam…like the Nether and the Taquilla, just lol.

one of the weirdest things for me to watch so far … I had only watched Wing before and therefore, I expected to watch another series featuring seriousness featuring rescuing the world … well, I got “saving the world and political issues” but it did actually not match my anitcipations formed by Wing … lolz

Talking about God Gundam, I am wondering now whether I am the only one to consider the “Shadow Gundam” as “not-sterotypical” ? The only things sterotypical are its head and Schwartz’s dress.

//EDIT : I’ve just figured out, the mermaid features a “fish mode” to activate when forcedly piloted in water

Correctly thought. According to the opening titles, Wing was produced in 1995/1996 and G Gundam 1994/1995. Nontheless, both were aired at the same time. That was the only possibilty to surpass the 5% quote of viewers.
As a matter of fact, Wing Gundam was not explictly perceiveable, I imply. I’ve forgotten whether F91’s and Zeta’s appearance within opposing Dark Gundam has already mentioned as well or not.

I can’t remember that screenshot, but this really isn’t new. The first time I saw Wing in G Gundam is when it was shot down and exploded during the final episodes.

I can’t remember that screenshot, but this really isn’t new. The first time I saw Wing in G Gundam is when it was shot down and exploded during the final episodes.

Neither is the thread. This was asked last May.

Most of the Wing designs are leftovers from the G series. 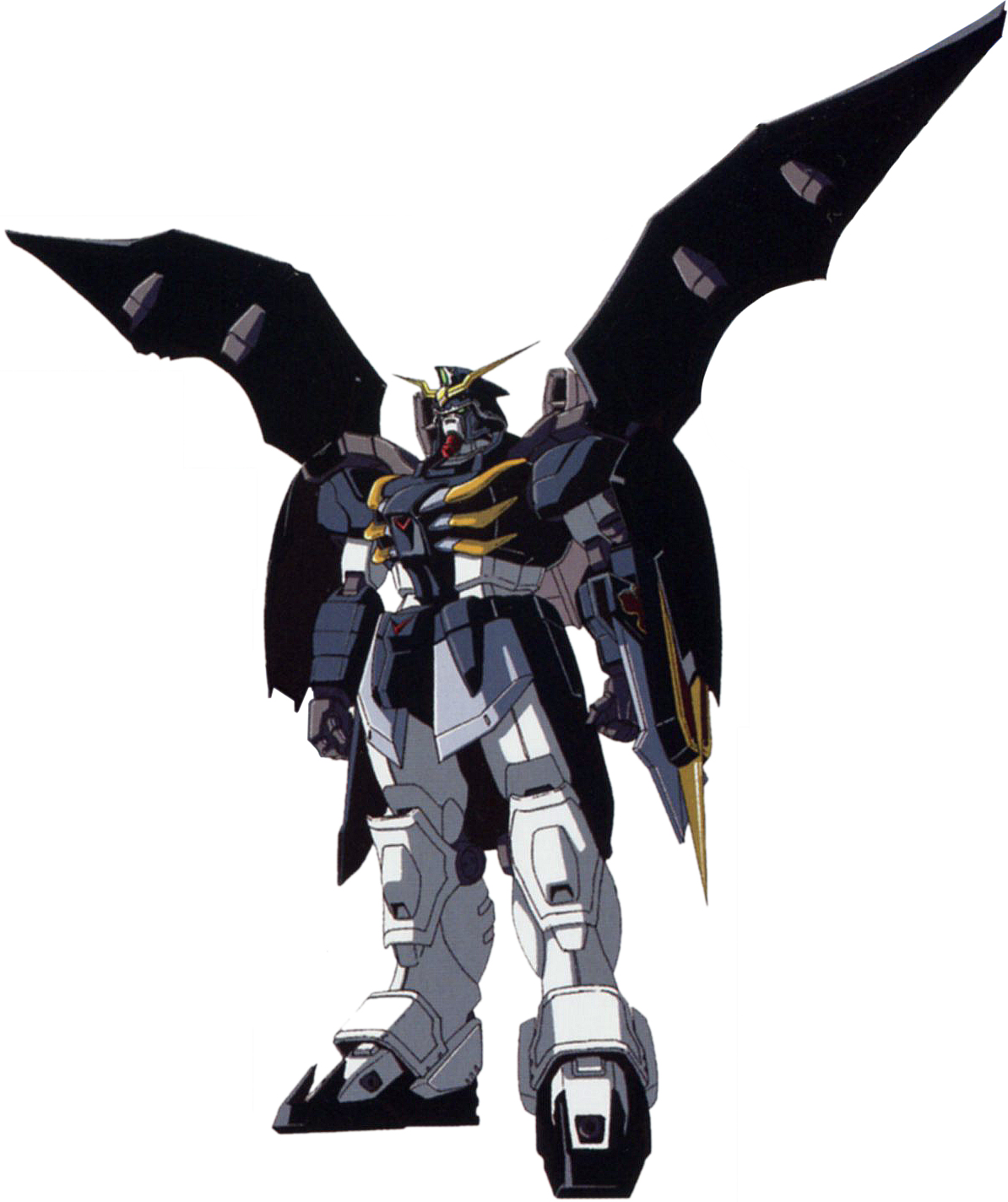