One name comes to mind as I’m watching Zeta (again)…KATZ!

I don’t think Jerid is that bad. He just has to be in there for Kamille to punch around, lol.

All the bad U.C guys ? Does that mean all the opposing characters ?

I don’t see any possibility for me to despise GATO, Bernie, Haman, Char etc.

I don’t think Jerid is that bad. He just has to be in there for Kamille to punch around, lol.

All the bad U.C guys ? Does that mean all the opposing characters ?

I don’t see any possibility for me to despise GATO, Bernie, Haman, Char etc.

Oh, how could I forget them… okay, let me make a correction.

I meant guys that don’t have any artistic flare to their ways.

What do you think about M’Quve?

He’s definitely one of the weirdest guys I’ve ever seen.

Remember the vase for Kycilia? While I can respect the man, the way he tries to get personal favour is irritating…

irritating is the right word.

He always irritates me, whereas I’m not the one to be confused by characters.

Never really like Jared, guy reminds me of one of the guys from Topgun, and not one of the main ones either.

Relena from wing and tieria erde from 00.

I liked Jerid to stick around that long. I was entertained how he kept on losing like a named grunt.

I hated Ali-Al Saachez, but the purpose of characters like him is to bring emotions to us, watchers. He’s a cool antagonist.

I hate Shin Asuka with his misplaced anger. C’mon, Neo promised him that Stellar won’t fight again, but he was not able to keep his promise. Athrun also warned him about the possiblity that he’d fight against Stellar again. He blamed everything to Kira instead.

Here’s a few others… Kira, Quess, Shinn, Relena just to name a few 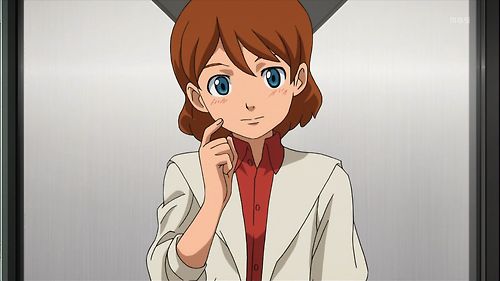 Let’s see, Flay from SEED got on my nerves for being a spoiled brat. Shin from SEED Destiny was nothing more than an attention hogging idiot who needed anger management. But mostly, the one character that I hate the most. Lalah Sune. If that blasted ghost would have stopped haunting Char and Amuro I think they would have burried the hatchet in Zeta Gundam and Char’s Counterattack would have never taken place. She says she is protecting them both when what she’s really doing is making them hate each other.

i never saw it that way, but i agree 100%. I was just watching the episode “Day of Dakar”. Char and Amuro were so buddy buddy it was hard to imagine that they were fighting each other to the death during the One Year War.

I don’t know Kio but I am aware of Lalah …

But finally, I’ve found one more to hate her.

My teacher’s instructed me to quit talking as I prefer to do many times already, saying I talk like a judge wanting to impress a doctor, by choosing fanciful words.