this kit looks great. and the box art is awesome. what does everyone think of it? 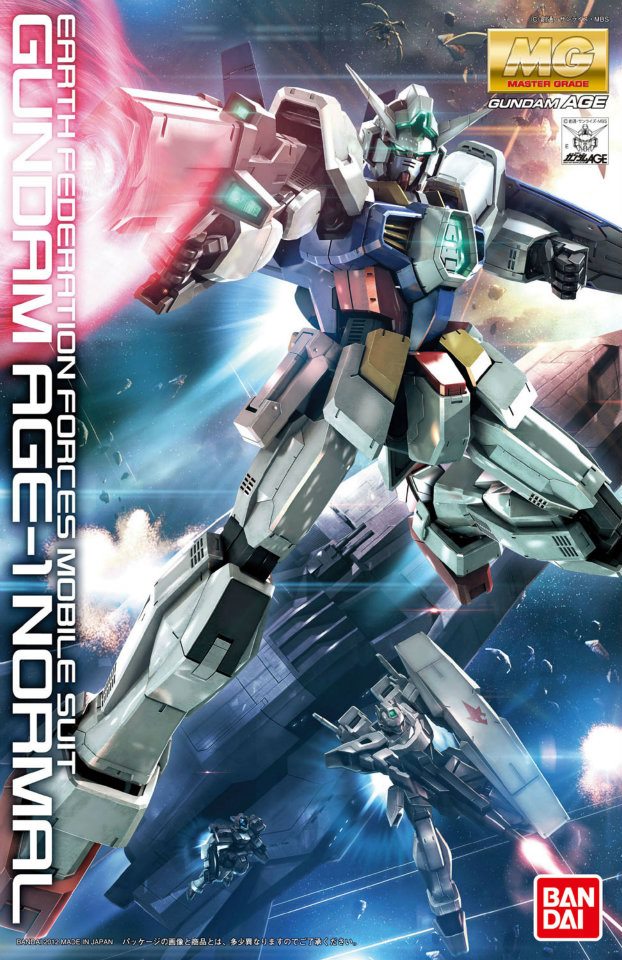 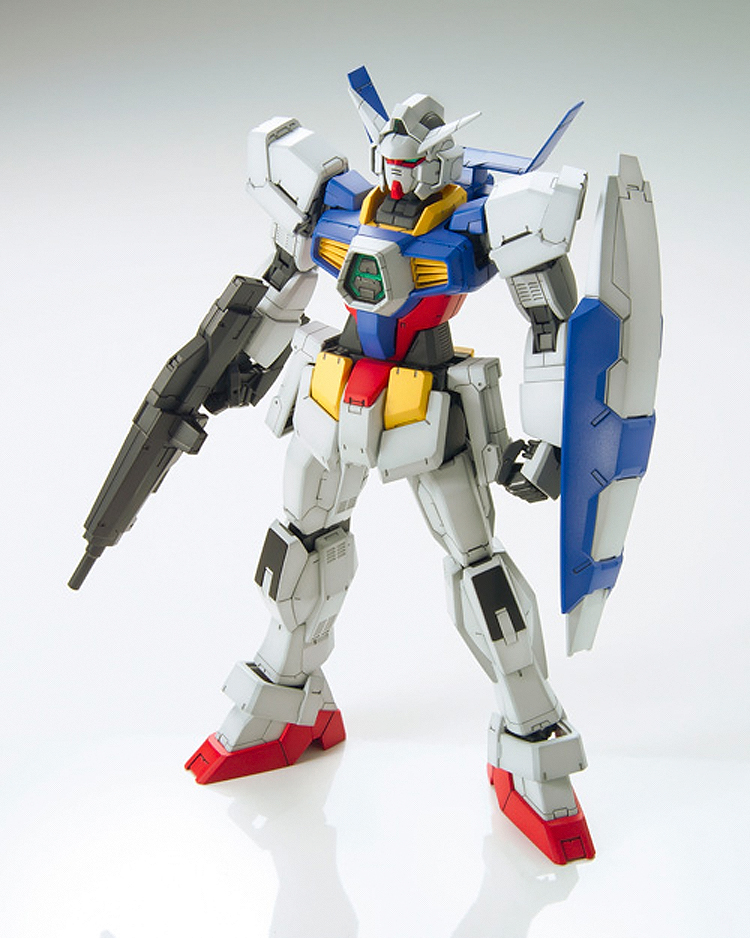 It looks… very Gundam-y. I don’t any other word to describe it. I like how if look closely at the box art it shows the spiral beam from the DODS Rifle.

I really like the G-Exes on the box art! I’m hoping that we will get THAT as a Master Grade someday. As for the AGE-1 Normal, it’s a must have for me!

Definitely a first-day buy for me. It has great articulation - better than the HG, I would dare say, loads more detail, and despite the reports of it having less parts than a similar MG of it’s size, it’s going to be an engaging build. And I love how the vents look, as well as the overall aesthetic.

My only gripe at this point would be that the ‘A’ on the chest doesn’t light up - as there doesn’t seem to be room for Bandai’s standard LED unit on the chest, as it has to open up to reveal the cockpit (though you could in theory, kick Flit out of there & replace him with an LED

I also love that the skirts don’t get in the way of the legs or the waist in the least, and the yellow & white sections on the front are segmented, possibly for easy removal when making the Titus & Sparrow wears.

The kit looks great, and highly detailed. Another great kit from Bandai. I can’t wait to see what else they have in store for us this year.

Age means nothing to me until AGE-3. That is where I get the most interested.

Why? Does it transform into a Dopp?

Why? Does it transform into a Dopp?

Okay I laughed. Hard. Regarding the kit, it looks pretty promising. I’m expecting really good posing and articulation like its HG counterpart.

I’m sure the articulation will be pretty awesome. New MG kits have been pretty nice so far in that department. With exception of the Unicorn. But that’s understandable.

I’m sure the articulation will be pretty awesome. New MG kits have been pretty nice so far in that department. With exception of the Unicorn. But that’s understandable.

The articulation is just as good as I’d hoped. I especially like the extra joint in the wrist, and while the hands are the same as the new MG Wing kits, the AGE-1 has a joint in the thumb like the Real Grades. I’m also impressed that the clear green ‘A’ on the chest is seen clearly despite having no light piping or an LED.

The segmented armor with the vents will make my planned paint job go a lot easier with very little need to mask.

Two gripes that some people may have with the kit are the fact that its inner frame is rather simple, with not as much detail as it’s other MG brethren. So you may not want to paint the inner frame or show it off so much this time around

The other gripe is very minor, yet it has a bunch of guys on various forums screaming bloody murder(sigh Kindly ignore the dumbass comments on the linked page, please): The section on the knee armors is molded in gray rather than black. It comes with two large stickers to apply onto these, but I’m sure many of us will be painting this - the part separation actually makes it very easy to do so. Definitely not a deal-breaker, especially when the kit offers so much in terms of the overall build.

I heard some of that griping; yet those same people seemed to overlook that kind of thing on the MG Heavyarms’ missile pods. Maybe, just maybe, it’s because they don’t care for the AGE-1 ?..

looks like the MG AGE-1 will be the easiest MG it to build. aiming for younger people to buy this one. put still has all the MG details.

I kinda get that feeling from everything about the Age series. It seems to be aimed more towards the younger age group. No pun intended. The kits seem to follow that pattern. Many younger kids are using the Age kits as a starting point in Gunpla. So it would make sense that the MG Age-1 will follow as well.

Uh…I may feel silly about this, but I just realized after opening the box & taking a close look at the runners that there isn’t a single ABS part in the MG AGE-1. Took me by surprise, and all of a sudden, I got a bit wary, as it uses a good amount of polycaps (more than say, the usual MG SEED or Wing kit) for all of it’s key joints’ contact points. And the only other recent kits I know that use polycaps that way (to the extreme) are the Full Metal Panic kits from Aoshima, and those are notorious for having great articulation, but loose joints.

I’m withholding final judgment 'till I build him up, though I’m wary of topcoating the joints like I normally would on a typical MG, lest this gets too tight…

Suddenly, the 3500 Yen price tag makes even more sense. If this guy had ABS inner frame parts, it’d probably run to about 3800 Yen - the same price as most of the Wing MGs.

Yeah I noticed that in rrobbert184s review of it. That goes back to what I was saying about the Age line being geared more towards the younger/beginner Gunpla builder.

yup i did not buy this kit. close i look at it the more i didn’t like it.

Age 1 Normal turned out awesome, Age 1 Titus, Gundam on Steroids, Age 1 Spallow, again impressive, the Age 2 Normal turned out nice, hoping for a Double Bullet one, I do hope they make all 3 versions of Age 3 along with Age FX, but I do want to see G Bouncer and G Exes

Regardless of the hate the series will and has received, the AGE suits are all really cool. I’ve seen the whole first age but very little afterwards. AGE 2 is my favorite, but have yet to get a kit for it.
Does the G-Exes HG need a lot of panel lining?

I tend to like the Vegan suits a bit better myself. The Ghiraga and the Legalis were pretty cool units. Those should get the MG treatment me thinks.