Frankly guys ive watched G-Savior before and hated it. Watched it a second time and I found myself pitying it. It had a good story, the Mecha designs (some of them. the G-Savior Suits are BEAST!) were decent, and the setting sounded logical (almost). HOWEVER if this was say an animated film with people who knew what the hell they were doing I think this would have been a really great installment to the Gundam Universe. but instead, Sunrise decided to roll the dice and it came up snake eyes.

Wing and Destiny: The only thing I like about them is some of their Music, some of their characters (Duo and a few others minors in Wing, Mu La Flaga, Andrew Waltfeld, and Rau Le Cruset) and the mecha designs (and interesting to learn the Katoki designs are growing on me lol), Except for the Strike Freedom. I never even liked that thing even BEFORE it got crap from certain critics. now don’t get me wrong I liked SOME gimmicks it has (example: the Rail guns folding to the rear so the beam rifles can mount on the hips) but the suit as a whole I hate with a passion. Destiny Aesthetically was beautiful, mechanically wise not so much. Bottom line: Ive said it in the past and ill say it again, these two need a Reboot each and they need it fast. EW is a Reboot of sorts but I don’t count it, though it is a beast.

AGE: Same thing with G-Savior: Pity, but because it had an inexperienced director (who “took this on more as cut scenes from a Videogame”*). the idea was cool but it failed to properly deliver.

Build Fighters: Honestly I have no complaints for now: the battles are done right. Fan Service is properly dolled out, and it inspires Gunpla and Gundam fans alike. It may be a Shameless toy Commercial, but F**K it! They’ve got me and all im saying is: 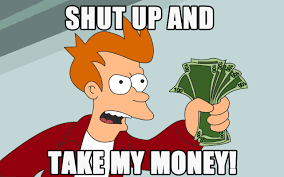 As for the rest of em, ill save that for another time lol

G-saviour is an atrocious piece of film that should be burned in great pyres. Wing is actually quite good and I just dont see how it could be a guilty pleasure, after all 00 borrows quite a lot from it. I liked SEED, and its such a shame that Destiny was such a total clusterfrack.

AGE? Well it wasnt bad, but it could have been oh so much better. The whole AGE system seems like a direct bid by BANDAI to sell more models than any actual story necessity. The simplified design and younger heroes are more to appeal to the younger demographic.

I like Gundam Wing, not quite up there with the U.C. timeline series for me but Wing would be my 2nd or 3rd favorite timeline.

I would put it like the U.C. Series (08th MS team is my fav, followed by Unicorn, Z/ZZ, MSG, etc.), then 00/Wing are pretty close over-all, after that it’s a mess as I haven’t finished most of the other series.

Watched some of Seed, maybe 10 episodes and I wasn’t hooked. Plan to go back eventually.

Didn’t care for Age so stopped about 15 episodes in or so. Probably won’t go back.

So far I’m really enjoying Build Fighters, it’s a great GunPla sales pitch. Probably the best chance we would have for a t.v. channel to pick it up here in the states and start gunpla up again. Miss those days of going to Wal-mart and toysrus for gundam kits.

G-Gundam, liked it as a kid. Can’t remember much now, kinda want to give it a try again.

G-Saviour is more enjoyable than Wing. Sure, it may be a bad movie, but at least it’s bad in an enjoyable B-movie kind of way.

Wing is like the child who dresses up as an adult and wants be treated as such, but lacks the necessary maturity to actually be an adult. It’s cute enough when you first see it, but, eventually, it becomes immensely irritating.

I called it a guilty pleasure because for some reason its looked down upon in the gundam world, but at the same times its one of the most popular and talked about series outside the original MSG.

One thing thats funny about the slow story, I could skip 5 episodes at most any point in the series and not really miss anything

It’s only popular outside of Japan. In Japan, it’s pretty average in terms of popularity for a Gundam show. In Japan, Zeta, MSG, SEED, Destiny, and ZZ (in that order, with the last two being virtually tied) are the most popular Gundam series by far. Wing and the other 90’s series are a low point in Gundam’s popularity, not a high point. Really, Wing only has two major accomplishments: 1) it was the first (and virtually only) Gundam series to be a hit outside of Japan, and 2) it was marginally more successful in the Japanese ratings than the other 90’s Gundam shows. If you want to be charitable and add a third accomplishment, you could say that it served as a very loose inspiration for the beginning of the vastly superior 00; namely the idea of Gundams being virtually unstoppable mobile suits piloted by a group of well meaning terrorists.

It’s not a matter of people having Wing as a guilty pleasure, so much as people (mostly Americans) regarding a thoroughly average show such as Wing as being something more, purely through the power of nostalgia. It’s like the love for Transformers G1. Sorry, but, other than a moment or two, both are pretty forgettable and void of substance. Both shows just got lucky and appeared at the right time to embed themselves into the minds of their respective generations. I don’t particularly dislike either show, but their diehard fans’ uncompromising, unjust praise for them irritates the hell out of me.

Well truth be told the only really popular shows were the original UC and the 00. The ones in between were kinda experiments which range from bad like G-gundam, to boring like Victory, to better ones like Wing and Turn A. Gundam X was not bad either. Enjoyable. SEED was an attempt to revive the franchise which got messed up by Destiny. We all have our own favorites and preferences. But G-saviour really wasn’t worth the film it was filmed on.

Destiny (tied with ZZ) is the fourth most successful series in Japan. Westerners may not care for it overall, but Japan seems to. As far as G-Saviour goes, I don’t think anyone has argued that it’s actually a good movie, but instead that it’s an enjoyable B movie, as long as one ignores the fact that it is supposed to be a UC Gundam production. Also it’s not a matter of it being about favorites; it’s the fact that Wing fans, for the most part, cannot seem to tolerate any criticism of their beloved show. I love Destiny for the big, loud tale that is, even if it does have some serious flaws (hello final quarter), but I can acknowledge its weaknesses without accusing its detractors of secretly holding it as a guilty pleasure. Wing fans don’t seem to be capable of this. It’s always blame some other production or the critic who dared to critique it. Wing’s status as the most revered Gundam series (in the West alone) must be maintained at all costs.

I say screw Wing. It gets far more praise than it deserves. It is weaker than other Gundam productions on a fundamental level, the writing. Is it better than 90% of American produced shows? Sure, but most American made shows are produced for the lowest common denominator, so they tend to either be brain dead (reality shows) and/or lacking imagination (Law & Order, CSI, etc.). Is it a surprise that among people who are drowning in a sea of crap, that Wing would look like a rose by comparison? No it is not. Now if you compare it to the rest of the Gundam franchise or the 10% (generous estimate) of American shows that are not written for idiots, Wing loses its luster very quickly. It’s a good show, not a great show, in a franchise that tends to produce great show after great show.

Destiny was only really bad to a very small group of Extremely outspoken fans. Considering where it ranks in series ranks, and actual number of airings, don’t believe the hate hype.

Destiny’s biggest problem is that it ended poorly, leaving that as the final impression for many people. The first 35 episodes or so are outstanding. Its popularity in Japan is well earned, unlike Wing’s popularity in the west.

The ending wasnt so bad even. It was the whole subplot of replicating Kamille-Four relationship in Destiny between Stella and that other guy. Basically kira’s more angsty stupid twin. oh and the fact that durandaals genetic caste plan simply wouldnt work.
As for G-saviour its not a B movie its more like C- movie. but sure considering probably budget…

Shinn and Stella’s relationship wasn’t never really portrayed as being romantic (like Kamille and Four’s was); it was more like Shinn using her to fill the gap left by his sister. Destiny’s ending isn’t the worst thing ever like some people make it out to be, but it was flawed and full of plot gaps and required leaps of logic; again, a lot of this is understandable given the chief writer’s deteriorating health, but it doesn’t change the fact that it was weaker than the rest of the show.

anyway if I had to say my guilty pleasure was actually SEED or Destiny. The battles are quite good and the mecha designs for the most part. i have to watch Turn A again.

Like most of you have said GW was like the door into gundam for me the only Scifi/Military anime i had seen before that was Star Blazers(Which i loved as well). I can remember liking the robots and the fight scenes but not grasping the story. When i went back to watch it when i was older I didn’t enjoy it as much as i did 0079 etc but like for the most … it has great nostalgia . I just have never really been crazy about the Alternate universe super unique task force kind of stuff i guess.