IM sorry but WTH is (sp?) Can someone tell me what that means?

It means I know I probably spelled it wrong but I got it close. I’m on my cell phone and I don’t have spell check (they want me to pay for that lol) Its why half my post have it because I am on my phone to much

Series, Overall, basically fellas, what do you think?

Me Destiny was horrible, Wing was Iffy, and The 8th MS Team/X tie at best way to do a Gundam Story. Any takers?

For me the best is Zeta, Wing is mid tier (I personally don’t see why it gets so much love, only because of nostalgia to westerners, I guess that’s because I started with G) worse is most likely Victory mainly for the potential it had. Destiny has Mech designs to save it at least. (Where as Victory the only two redeemable MS designs IMO are the V and the V2, and even then they’re far from the best)

If you count movies and other stuff I might actually like the Novelization of 0079 better than Zeta (Non cannon as it is) and G-Savior wins the worse (By far, makes Destiny look god tier) if you factor in non series.

The only thing that makes Destiny better than G-saviour is the fact that Destiny started out decent enough, I liked Shinn, then it got bad, it got really bad after that. I think with G-saviour if they just animated it and made some small changes here and there it would have been a good Gundam series, Destiny needed the last half completely rewritten

Also Destiny has Mech designs (IMO) over G-Savior, G-Savior was just horrid in all departments, no saving it.

IMO it should be writ out of cannon and replaced with a Gaia Gear OVA as way of an apology. (Oh and because seeing the Gaia Gear alpha animated would be boss, but I don’t know if Tomino would play ball)

I hate to say it but im sort of a fan of the G-Savior…Not exactly the one seen in the film but this thing in particular: 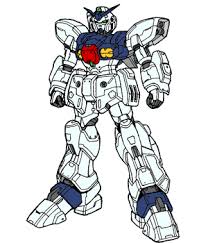 Im not a fan of the movie, but for some reason I kinda like the G-Savior Mech. That’s just me mind you, with a little modding this could actually be a badass suit. the Grunt mechs…no, just no they kill it for me lol

Though honestly I haven’t seen the novelization of the film, which is said to be a tad improved.

Okay, yeah the G-Savior it’s self was nice…I’ll admit, but that’s because it reminds me of the Mk.II a little.

And honestly after doin some research on the Novel version of G-Savior for those who want an ENJOYABLE take on this pos, id take the Novel lol Case in point:

Seriously, that’s an improvement if any lol. and more importantly according to the source, the novel makes a vast better connection to the UC than the movie ever could…from what I could gather lol

I might give the Novel a whirl, I heard it connected better as well. Also no horrible Canadian buget actors (no offense to Cannadians, just your buget actors)

Fair enough and of course who can argue with this guilty pleasure: 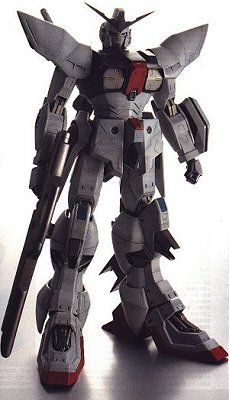 For the record, Destiny curb stomps Wing and G-Saviour. Yes it may have a dozen or so terrible episodes at the end, but the rest of it was Gundam at its finest. Meanwhile G-Saviour, while a decent enough Syfy channel style movie, is just a sorry mess of a Gundam work and Wing has only a couple of standout moments (first episode, self detonation episode, Wing Zero vs Mercurious and Vayeate, Epyon’s debut, and the last 5 or so episodes) in a vast sea of boring tediousness. Endless Waltz on the other hand is awesome and deserves any praise it gets.

To put it all another way: Wing is the C student who occaisionally gets lucky and gets an A here or there. Destiny is the the A- student who near the end of the course found out its mother was terminal and colossally failed the final essay as a result.

Oh please Destiny is more like a B college student that discovers alcohol half way through his semster and by the end of the semster he sleeps with a sheep in public which destorys any crediblity he had previously.

Destiny started out decent enough but failed so hard it takes away any good it had. I will gladly rate GW as a C student and G-saviour as a F because it failed completely, sure it had some good ideas but it failed to make use of any of it.

My analogy is closer. Uou can debate whether Destiny was initially an A- or some variety of B student, but there’s no doubt that its mother’s illness played a part in its ending. There’s lots of more detailed sources on this from back in the day, but since I’m in a lazy mood, here’s the relevant wikipedia article:http://en.wikipedia.org/wiki/Chiaki_Morosawa

Part of the reason Destiny became a trainwreck at the end was because Morosawa (the chief writer) started turning in scripts late, necessitating the infamous overuse of clipshows and flashbacks, which ate up valuable airtime. It was learned after Destiny concluded that she had in fact become quite ill.

Destiny’s chief writer fell ill. G-Saviour was done by subcontractors with little to no knowledge of the franchise. Hell even AGE got less episodes than the writer intended when he came up with the story (ANN covered an interview where he said that the story was planned to take about 75 episodes, but in the end Bandai and MBS only gave it 49). What’s Wing’s excuse, exactly?

Wing did exactly what it was intended to do, get young males (and females because of all the yaoi bait) interested in Gundam and gunpla. When I was 12-13 I thought this was the greatest anime (along with DBZ lmao) because I was a young male it had everything I thought was cool. Big robots blowing up shit and a story only young males would think makes sense. It wasn’t made for males in their late teens.

Wing’s only notable accomplishment is that it came at the right time to be marketed internationally. In Japan, it’s performance wasn’t that spectacular (just higher than the other low performing 90’s series). And don’t insult the glorious Pacific Rim by comparing it to Wing. They are completely different animals. Pacific Rim is an homage to daikaiju movies like Godzilla, which ARE intended to be brainless fun (for the most part; there are exceptions like the original Godzilla). Gundam Wing was intended to be the next entry in the Gundam franchise, the anime franchise that dragged robot anime out of the brainless super robot gutter. Having a plot that shows war as being hell is at the heart of the franchise. G was made to bring in new viewers (and was a send up of the Super Robot genre that Gundam clawed its way out of), SD Gundam Force was made to appeal to new audiences, as were AGE (which failed to do so) and Build Fighters. Wing was supposed to be a more traditional AU after the lunacy that was G. Wing tries to look and talk like a traditional Gundam series but it fails miserably at it because all it has are ridiculously overpowered units piloted by cardboard cutout characters, with next to no character development. There aren’t even any rival pilots who don’t become freaking allies at some point or another. Again I say take off the rose tinted glasses and you’ll see Wing’s flaws as plain as day. Also Gundam’s core audience is made up of Japanese males ranging in age from midteens to midtwenties.

Finally, I’m not a person in their late teens. I freely admit that Wing got me into Gundam, but that was due more to luck than anything. I already had a fixation on mecha. Wing just happened to be on when I was flipping channels one day.

One further note, despite what my posts on it may indicate, I don’t actually hate or dislike Wing. I just hate it when its fanboys can’t accept that it is not the most well made show. It is a decent mecha anime made by an amateur director.

Sounds like were alot alike then because I know the series wasn’t that good, but it wasn’t the worse either. G wasn’t bad as long as you don’t take it seriously. I honestly think G Saviour could be a good anime if it the writing was cleaned up, and I think most of the problems with it was because it was live action and the actors sucked.

And Zeta-G said everything I could ever hope to say about Wing. Most people in the western gundam audience view it as godlike because it was their first Gundam, and it’s only really big outside of Japan where it never went beyond average ratings.

About G-Saviour, yeah the sub-contractors was a big part of it, out of curiosity from this topic I looked up stuff on the novel and from everything I’ve read it actually plays out like Gundam there, and actually ties into the UC now. Still the horrible production quality (even for the time it was made) and buget film thing didn’t help it at all either.

As for Destiny, I personally never cared about it, it has it’s issues, and I know why, but just from the get go, it never appealed to me, neither did SEED, outside of Mech designs, Athrun, Mu, and Andy, there’s really nothing there for me really. It did spawn Astray and Stargazer which was nice I will admit.

I think G Gundam is crazy awesome, but like I said, It’s not supposed to be a traditional show. Wing is.

As for G-Saviour, I’ve defended it before as a cheap sci fi movie. It’s just best to pretend that it was not intended to be a Gundam movie. Also, I want a MG of the G-Saviour, but that’s another topic.

Reading this conversation is making me want to go back and watch G-Savior again. Simply because it’s been years since I have watched it. And yes, I do own the DVD. I agree that looking back on it, Wing isn’t the strongest series, nor well thought out. Granted it will always be special to me because the series and the Epyon got me hooked on Gundam. So I’ll always love the series for that.

As for Seed, I’m one of the fan boys that will admit that Seed and Destiny have their flaws, but overall I love them both. I have both on DVD and have watched them probably over 5 times each. So far, I really have not watched a series I have not liked. I always said I’d never watch G. But when I did I loved it. I try not to compare series to series unless they take place within the same universe. Cause each is meant to stand apart from the others, and each brings something new to the table. Which one of things I like most about Gundam.