Gundam 00: Awakening of the Trailblazer. How much did you hate it?

Yeah I’m gonna go out on a limb and say that there’s literally no way that it could have happened. not even close.

Why? Because you don’t agree with it? Fact is the model booklets have some story and info about the suit itself that’ll never be seen by people outside of Japan because the average person doesn’t read Kanji. There’s a ton of info aside from the anime and the mangas.

After three years from watching this movie, I decided to come back to it.
So here are my final thoughts.
*The aliens, they were indeed threatening! Giving them a non human appearance, hell, no faces to begin with was a good way to show the audience that communication was nearly impossible.

*Setsuna was constantly being mind raped throughout the course of this movie, and to all honesty, it wasn’t bothering me. If Setsuna is the main character, it would make sense that it would be him to suffer all of this mind rape so the audience can understand the alien’s motives.

*I’m not a fan of beam spamming, but these pilots put Jesus Yamato to shame. At least, IT WASN’T STOCK FOOTAGE.

Now the ending is…well…AHEM…till this day, I still have no damn idea how the HELL am I suppose to believe a Giant Flower was created in Space…No seriously, why??? Gundam 00’s strong point was the setting and it’s Real Robot Genre motive. This is why Season 1 was beautifully written. When Season 2 came to introduce some “Questionable” motives by the creators of this show, it’s roots of being a Real Robot Genre was destroyed. And the Flower at the end of this film sums up my thoughts on 00.

I still enjoyed the movie’s animation. Watch it in HD and with the lights off, it’s pretty sweet. Over all, I enjoyed the anime in general, but the movie was like a big middle finger in the face at the end. I swear, that flower IS a middle finger.

Haha, seems like the flower is one of the biggest sore points of the movie for many people. I thought it was supposed to signify the ELS’ desire for peace, but at the same time, it’s a bit tough to believe that every single human fighting the ELS at the moment would know that. I mean, it came from Setsuna’s mind which came from a private moment that no one else apart from one other person knew about. Unless everyone knew what a desert flower is and what it means.

In terms of actual mechanics with the flower, would shape-shifting into a flower be considered too far away from their abilities?

Hey, it’s better than transforming into the Death Star. Imagine if Setsuna saw that image in his head.
I thought the ELS could only transform into Machines and not biological beings.

Well they did transform into Ribbons Amark…

The flower is what Setsuna believes is peace I think. All it all I think the movie was good, yea the flower kinda of a stretch. I see what they were going for which I’m sure made perfect sense to them, but for normal fans its a hell of a stretch. I honestly think this makes the people that worked on this series fanatics of their own stuff

I was disappointed by the movie. It was just so strange, and how would everybody on the battlefield get that a giant flower in space means peace? The highlight of it was definitely the mobile suits. All the new Gundam suits do look nice.

About the ELS, I thought that they turned into organic matter, proven by the fact that they turn into human beings, and a gigantic flower. I’m not exactly sure if the GNX’s were organic.

@PaladinGundam, that would make for a hilarious deleted scene, haha.

Regarding the transformation ability, I thought they were simply masters at changing their shape and form, not the internals. The Ribbons ELS was still metallic when Setsuna blasted chunks from him/it. So, PaladinGundam is right in that they cannot transform into organic beings. And Bossguy, you’re right too in that they can perfectly mimic the form of biological/organic beings. It explains the space flower too; it’s only shaped like a flower, but it’s all metallic and mechanical inside.

I see. Mechanical being it is, then.

Welp, that flower can’t even use photo synthesis. Maybe it can germinate though?
Or…Download…stuff…AHEM!
But it brings up the question, how can the movie be better?

The flower shape is primarily meant to be seen as a symbol of peace and understanding; it’s still the ELS on the inside.

Overall I liked the approach taken with the ELS. I’d rather them have not had aliens in a Gundam production (it’s always been about human conflicts), but, if they had to have them, I’m glad they went with something truly alien like the ELS instead of something like the Zentradi or Klingons.

Awakening of the Trailblazer isn’t a bad movie; it’s certainly better than 00’s second season, even if it isn’t as good as 00’s first season.

The flower shape is primarily meant to be seen as a symbol of peace and understanding; it’s still the ELS on the inside.

Overall I liked the approach taken with the ELS. I’d rather them have not had aliens in a Gundam production (it’s always been about human conflicts), but, if they had to have them, I’m glad they went with something truly alien like the ELS instead of something like the Zentradi or Klingons.

Awakening of the Trailblazer isn’t a bad movie; it’s certainly better than 00’s second season, even if it isn’t as good as 00’s first season.

As for future Alternate Universe, I’d rather not see an alien as well. However, I think that the aliens the production team did implement was not of a humanoid form which gave them a more mysterious feeling - the feeling of the unknown.

“Setsuna, quit watching Star Wars and get in the &%$#ing Robot.”
Sestuna: “But they almost blew up the Death Star…”

Later in the future 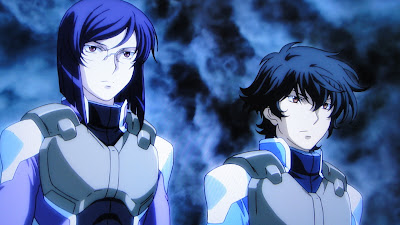 Tieria: “To understand one another is required to prevent war, but perhaps…and object to reference that goal? Setsuna, it’s up to you to decide on that object.”
Setsuna: “…” 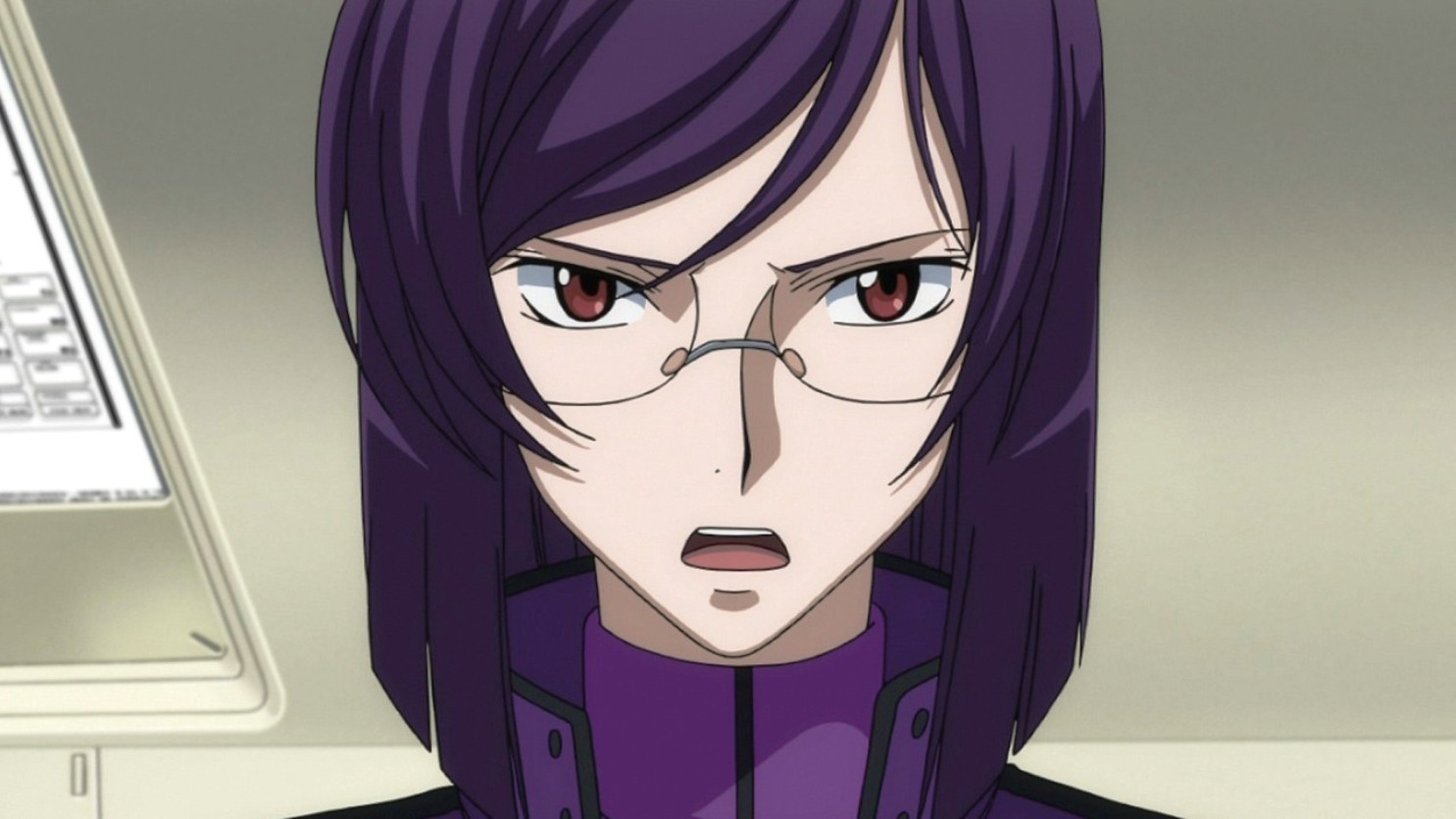 And the collective defenders of humanity let out one simultaneous groan of exasperation, haha. Good stuff, man.