Usa Gundam staff is having a debate. Who is the all time strongest Gundam?

That would be the Turn- A Gundam

I agree with Supreme_Gundam. The Turn-A Gundam is probably the most powerful (Way over-powered). The 00 Qant would be a close second though. 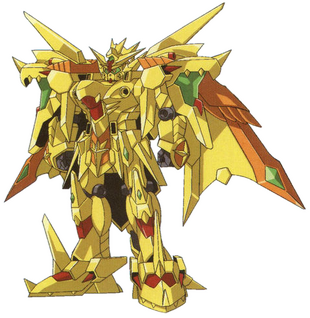 the Turn a will destroy the superior kaiser! sorry lmao

The Superior Dragon/Kaiser is literally a god.

I would say the Dark/Devil Gundam is the third strongest Gundam.

And to Quote WackyModder84, straight from the Gundam Guru himself.-

"Superior Dragon / Kaiser is a sole creator of MULTIPLE Universes; the Saddrac World being his main one

But as for a CLIFFNOTES version of his feats?

Things to take into account with what he is capable of:

Long story short, he is a God.
Not exactly the STRONGEST God I’ve seen in Mecha
but a God none the less"
-WackyModder84

Well that settles it. There is no way that Turn A could stand against Superior Dragon Kaiser. I’ll give my top 5 in order.

Actually now that I think about it, they don’t actually call it by that name in Gundam itself but no matter.

You heard me right ;it was going to wipe out all existing parallel universes and alternate Time-Space Continuums within the Gundam Multiverse and assimilate them into it’s being to gain more power,
And it would success if not for superior kaiser stop it